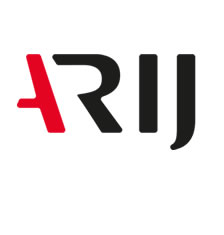 ARIJ is a non-for-profit foundation built on human rising principles. Since 2006, it nurtured a culture of investigative journalism for journalists in 16 Arab countries from the Middle East and North Africa. It became the only and leading mother-network that joins regional investigative journalism efforts, and now it strives to deepen the ecosystem of accountable investigative journalism in the Arab world. Despite all the threats and challenges, it remains the number one support to its journalists who practice their craft to tell important stories and hold those in power accountable. Since its establishment, ARIJ trained 4400+ journalists and supported 700+ quality investigations. In the past five years, it won over 65 local, regional and international awards. By partnering with more than 50 partners all over the world, ARIJ facilitates networking for journalists and media experts through its in-person and online training workshops and events and its popular annual forum. In its 15 years of experience, ARIJ has produced two manuals, one university curriculum and four self-paced online courses completed by over 20,000 beneficiaries.

ARIJ’s mission is to empower brave and committed journalists, editors and fact checkers to produce high-quality, verified, fact-based, ethical and “accountability journalism,” presented in innovative digital storytelling formats. To support the growing network of ARIJeans, ARIJ will expand and strengthen the ecosystem of investigative journalism to ensure its viability in the region against all legal, societal, sectarian, security, surveillance, and political challenges..

We envision an Arab world in which the poor and vulnerable, especially women, children and youth, are able to access the education and opportunity they need to lead productive and dignified lives. Individuals who can stabilise their families, transform their communities, advance their countries and shift dynamics in a region overcome by conflict, despair and growing poverty.

ARIJ, with its firm belief in independent, accountable and professional investigative journalism, has cultivated a culture for Arab journalists to grow and develop skills, acquire new knowledge, tools and techniques, and advance professionally in an increasingly restricting media landscape. As a training institution, ARIJ offers physical and virtual workshops in addition to online courses. The level of training varies from basic to advanced and specialized. With its extensive experience, ARIJ covers theoretical and hands-on topics; including basics of investigative journalism, fact-checking, open source, follow the money, digital security, data journalism, human rights among others, in addition to its academic university curriculum.

ARIJ, as well, provides four online courses available for all journalists at their own pace. These courses cover Introduction to Investigative Journalism, Digital Storytelling, Psycho-emotional Health and Wellbeing and Physical Safety. ARIJ walks hand in hand with its journalists, not only through training, but supporting them through mentoring, coaching, and providing legal aid to produce quality investigative reports.

From hypothesis formulation to publishing, ARIJ ensures that journalists, from different career levels, acquire the maximum knowledge and the optimum experience through every step of the process. Moreover, ARIJ stimulates connections, partnerships, collaborations and networking opportunities for Arab investigative journalists and its media partners.

With its unique regional identity, ARIJ has proved to be a catalyst for building bridges between IJ centers, media outlets and journalists. It has contributed to one of ARIJ’s biggest collaborations, cross border investigations with ICIJ surrounding Panama Papers and Paradise Papers.

Furthermore, ARIJ acts as a data and research hub with almost 250 GB worth of documents from 15 different Arab countries. Through the data desk, ARIJ backs up journalists with the required data and documents according to submitted requests. Regional and international journalists and IJ centers have utilized received data in their published investigations. 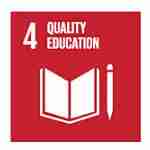 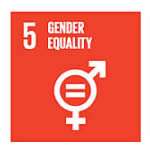 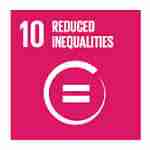 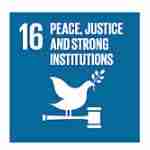