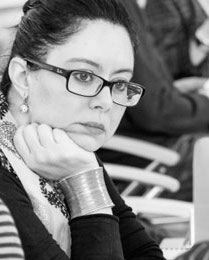 With over 15 years of experience in Project Management, Media Production, and Strategic Communication, Naila Farouky is a Peabody Award-winning executive who has built a career across several continents.

With over 13 years of experience at the iconic Sesame Workshop, Naila was responsible for managing the production and creative aspects of Sesame Workshop’s multi-media co-productions in 17 countries over the course of her career.

She has worked as a Media and Communications consultant on a wide range of projects, including a project funded by USAID and the Research Triangle Institute (RTI) focused on a Decentralization and Local Administration Reform initiative to introduce and secure the inclusion of democratic governance principles in the Egyptian Constitution. In this role, Naila was the Project Director responsible for creating a Media and Communications strategy around the initiative.

As a consultant for the John D. Gerhart Center for Philanthropy and Civic Engagement at the American University in Cairo, Naila co-authored a scan narrative on philanthropic giving in post-January 25th revolution Egypt – part of an 83-page paper highlighting case studies of different forms of philanthropic giving and the current state of philanthropy in Egypt vis-à-vis the political environment post the political uprising. The scan was published in January 2013.

Naila grew up mostly in Cairo, Egypt, and has lived in Kenya, New York, Washington DC, Jordan, Switzerland, and South Africa. She holds a Bachelor of Arts in Psychology from the American University in Cairo. 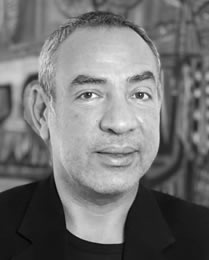 Walid Nagi is a senior-level executive with a global vision and experience in International Relations, Diplomacy, and Sustainability. Walid has more than 25 years of work experience in the Middle East and the United States. He has worked in the private sector in Egypt, and the United Nations in New York, and has also contributed to several start-ups and not-for-profit organizations in New York as a consultant. Over the years, he has built himself a solid practice and understanding in the fields of sustainability, corporate social responsibility, governance, marketing, corporate communication, project management, operations, and social development.

Walid started his career in 1993 in the Marketing field and moved in the hierarchy to reach the position of Group Brand Manager in 2000. In 2002, building on his experience, he moved to head Corporate Affairs at Mansour Group and was requested to build the group’s CSR and corporate communication strategies where he refocused his career on sustainability ever since. In 2010, Walid moved to the United Nations Global Compact Office in New York in his capacity as a Regional Network Manager. In 2013, he became the Chief of the Local Networks managing the global operations of the office and as of the end of 2014, he also became the New York Executive for the UN Global Compact Cities Program and a Senior Advisor on partnerships.

Over the years, Walid has built a strong global network for the UN Global Compact and has also managed to put emphasis on inter countries and regional collaboration, especially with the implementation of the Sustainable Development Goals (SDGs) and encouraging partnerships. Walid supported the launch of a comprehensive SDG local action plan implementation guide which supports the businesses in understanding their vital role in their contributions to the implementation of the SDGs. Amongst the networks that he launched are the UAE, Tunisia, Jordan, the Czech Republic, Romania, Georgia, the Philippines, and Thailand.

Walid has also served as a consultant to the International Rescue Committee (IRC) focusing on the internal governance processes and capacity development programs. He has also supported the organization in finding creative ways to increase financial contributions in countries where the IRC is not present.  Walid is a graduate of the American University in Cairo with a BA in Economics and currently resides between Cairo and New York. 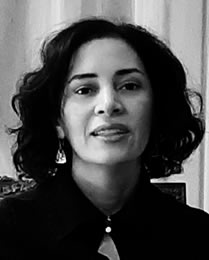 Heba is a socioeconomic development professional who specializes in how strategic private philanthropy can best serve public development policy objectives. Since 2014, she is a City University of New York (CUNY) Center on Philanthropy and Civil Society Senior International Fellow; Arab Region Representative for Alliance—a global philanthropy knowledge hub and platform; and the co-author of Family Legacies: Wealth and Philanthropy in the Arab World (2017; AUC Press).

Over nearly 20 years, Heba has worked with and advised a range of organizations, including in academia (such as the MENA’s Economic Research Forum [ERF], as well as Canada’s International Development and Research Centre [IDRC], among others), with governments and intergovernmental organizations (such as the United Nations [UN], and the Government of Egypt, among others), with philanthropic and grant-making foundations focused on development (such as the Ford Foundation and Kuwait’s Arab Fund for Economic and Social Development [AFESD]) as well as private family wealth philanthropic offices across the MENA region and North America.

In addition to authoring several peer-reviewed and published academic research pieces throughout her career, Heba has participated in and led the conceptualization, design, organization, management, and impacting the delivery of a range of socio-economic intervention programs and projects across the MENA region that resulted in core developmental outcomes and measurable change.

Heba has lived in Australia, Kuwait, Saudi Arabia, and Vietnam. She enjoys traveling, volunteering, and spending time in nature.